Echo Voice, What Is It? 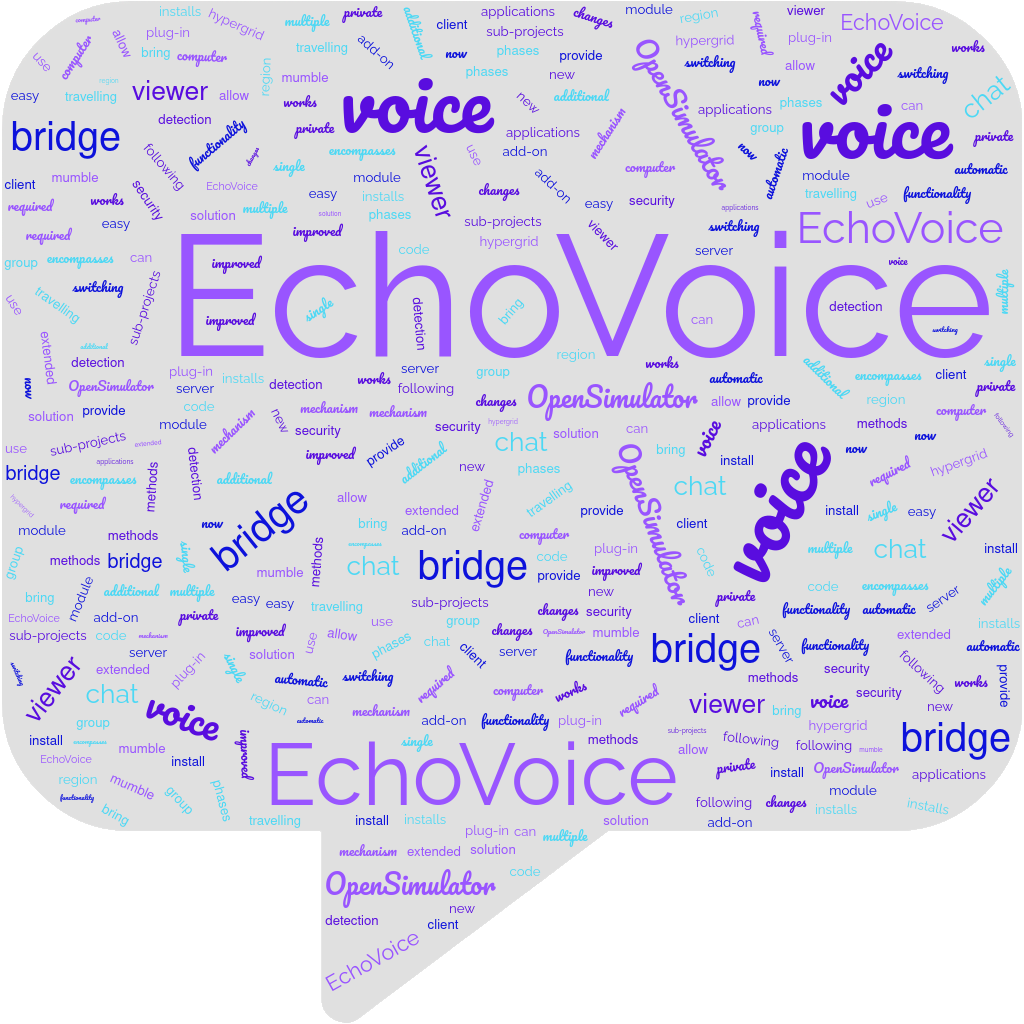 Project EchoVoice is an umbrella project comprised of several sub-projects and phases which, when combined, provide a new voice solution for OpenSimulator. The project started out with the intention to simply update the older works from VComm but evolved into what it is today.

Why the change in scope?

After initially working with existing source files, we quickly determined there was too much technical debt to continue on the original path. Work was done however for a proof of concept on a new, and what we believe to be a better, path forward. Most importantly, the proof of concept showed a way to support commonly used viewers with no requirement for any code changes in any of them.

So what is it?

Together these pieces provide a more modern voice solution for the OpenSimulator community. They also provide the possibility to do much more in the future without being constrained by changes in related projects.

Does this not make more work?

This is a question we asked ourselves before taking this path. There is an increase in work at the early stages of the project however we are confident it reduces the total amount of work. This is especially true when you take into account ongoing support and maintenance.

What are the benefits of this approach?

Adding the server and client bridges allows us to bring a solution that supports the current release versions of OpenSimulator and Mumble. Both OpenSimulator and Mumble are separate projects, each of which progresses on its own path - and with no collaboration between developers. The bridges allow us to tie these projects together and provide a complete public voice solution.

The bridges allow us to bring additional functionality to the voice solution such as: